Where Is Wellness? Look Back 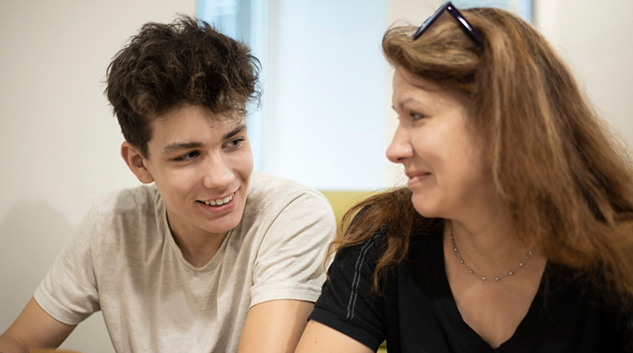 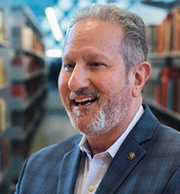 Picture yourself working with a student or stakeholder. You say, “Tell me about your past.” What do you believe might be some typical responses? If you answered that they will likely describe their problems, issues, adversities – and maybe even traumatic experiences – you would probably be right. Now picture this: A teacher comes up to you and requests that you work with a student with whom she is having difficulties, and the teacher wants you to be aware that the student “has a past.” What would you make of that statement? You would probably interpret the teacher’s notice in the same way. Instead, what if the same teacher told you that the student she is referring to “has a future?” I bet you would appreciate the optimism, smile, and begin to imagine the student’s potential.

Apparently, saying that someone has a future is optimistic, but saying that someone has a past seems a bit ominous. Because of this phenomenon, school counselors may never consider exploring a student’s past as a foundation for future wellness and resilience. Instead, when a student seeks help because of a problem or challenge, the school counselor may do one of two things. For one, they might concentrate on the student’s problematic history. Or, the school counselor might quickly engage in problem solving, getting the student to brainstorm what they can do better. Neither of these responses is wrong. However, both may unwittingly rob the student of the considerable benefit derived from focusing – in detail – on their already existing strengths, efforts, resources and achievements.

Conventional wisdom tells us, “Those who do not learn their history are doomed to repeat it.” The sentiment that history repeats itself appeals to common sense and is hard to dispute. But upon closer inspection, “doomed” is not the right word. What if you hope and wish that history would indeed repeat itself? If you are now doing worse than you did before, would it not be good to do more of the things you were doing during better times? This principle is a hallmark of the solution-focused brief counseling (SFBC) approach to working with others. SFBC looks at exceptions to problems and issues as part of a student’s or stakeholder’s history, and brings those exceptions into the present. In this context, that is what is truly meant by resolving a problem: we are re-solving it. Even if a situation has changed, past behaviors in a different context can still be viable choices worth repeating.

So, where might you start? One good place is to use solution-focused scaling. Begin by describing a scale from one to ten. Each number represents a rating of the student’s progress toward being back on track or, given a significant challenge, successfully living a new normal. As a visual, draw a line on a piece of paper and make hash marks indicating placeholders for each number on the scale. Ask the student, “What number would you give yourself that tells me how you are doing (in school, at home or in life, for example)?” Next comes the important part. After the student gives you a number, no matter what that number is, the school counselor has to resist the temptation to either (a) focus on why the student’s number is so low, or (b) immediately focus on how to get to the next highest number. Instead, right after a student reports their number, the school counselor should cheerlead progress already made, with a statement like “Wow, so you are already at a three; you’re 30 percent there!” and get to the next step.

After cheerleading the student’s number, the process is just beginning. It is time to explore in detail various aspects of how they are coping, managing and succeeding during their better days. For example (using whichever number the student gives you), ask:

In a solution-focused world, the word past should immediately conjure images of our resilience, assets and strengths. However, this takes practice. A significant challenge for becoming more solution focused is letting go of traditional wisdom that counselors must first understand the nature of a problem before arriving at solutions. Letting go requires a change in mindset. The school counselor must genuinely believe that students can effectively and efficiently practice wellness in the future by focusing on past positive outcomes. Indeed, students are successful in ways they may not be aware of because they have been too focused on what is going wrong instead of what they are doing right. The same is true for adults. School counselors can help by pointing students in the right direction when looking for wellness.

Russell A. Sabella, Ph.D., (@rsabella) is a professor in the Department of Counseling at Florida Gulf Coast University in Fort Myers, Florida.