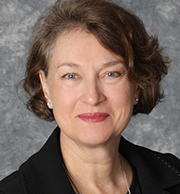 You joined the rallying cry in the summer of racial reckoning following the killings of George Floyd, Breonna Taylor and Ahmaud Arbery. This unique time in the country’s history stirred in you an urgency to seize the moment to bring important conversations about respecting diversity to the students in your school. Your district has a content-neutral policy banning political conversations and symbols. You are told the Black Lives Matter movement is political and, therefore, falls under the content-neutral policy. What are the limits of your First Amendment rights, and what tools can you legally use to raise your students’ awareness to injustices within the district’s content-neutral policy?

First Amendment rights within the school environment have required special consideration from the courts for more than five decades. The First Amendment says Congress shall make no law abridging the freedom of speech or of the press or the right of the people peaceably to assemble. Speech is not only written and oral speech but also expression such as wearing political clothing. Students’ First Amendment rights are a complicated, fact-intensive, case-determinant area of law; however, the law is even more complicated for educators. There are many pitfalls and places where exercising First Amendment rights can go wrong for an educator.

Court cases defining the freedom and limitations of the First Amendment in schools began with Tinker v. Des Moines. In December 1965, students Mary Beth and John Tinker and Christopher Eckhardt were suspended for wearing black armbands to school to show support of a truce in the Vietnam War. The Tinkers lost their freedom of speech court case in both the district court and the Eighth Circuit Court. However, the U.S. Supreme Court delivered the final opinion in favor of the students in a 7–2 majority. Justice Abe Fortas, writing for the majority, said students and faculty don’t lose their First Amendment rights to freedom of speech at the schoolhouse gate.

In the decades to follow Tinker, courts have heard challenges to school speech, such as the landmark case Bethel School District v. Fraser, 1986. This Supreme Court decision supported the district’s decision to discipline high schooler Fraser for delivering a lewd speech with sexual references to the student body during government nominations.

Although there are obvious areas of speech that aren’t protected, such as the “vulgar” speech Fraser gave in the Bethel case, there are also limits to areas of speech usually considered protected speech. The test for protected speech for students and educators is substantial disruption. The question is, “Can or has the speech caused a substantial disruption?” Speech can be limited if there is a good faith, reasonably founded belief that the speech will lead to a disruption or has led to a disruption. The standard for fettering student speech is very high. The administration cannot limit speech on a loosely held belief that the speech might disrupt; there has to be valid arguments to forecast such a disruption. For example, the administration can preemptively suppress expressive speech in the form of a confederate flag on a shirt if they can foresee a disruption with facts such as the community considers the flag a symbol of racism (Barr v. Lafron, 2008) or the flag has caused disruption in the community or in neighboring schools (Defoe v. Spivy, 2010). The court in Defoe extended its opinion to also recognize a school district’s substantial interest in helping students foster “both knowledge and democratic responsibility.”

School boards are using content-neutral policies to defensively limit speech. These policies usually dictate that no writing can be brought on campus in the form of clothing, banners, bumper stickers, etc., unless it is school spirit symbols.

Educators’ Rights
Free speech for educators has some overlap with student rights and restrictions, but educators’ free speech is an even more complicated, fact-intensive, case-determinant area of law. Educators’ First Amendment rights aren’t absolute – far from it – and if shown to interfere with the learning process this provides districts with solid grounds for dismissal. Three recent cases demonstrate this.

Bryan Craig wrote the book “It’s Her Fault,” a self-help book designed to teach women how to better please men sexually. Craig was a high school counselor who used his job throughout his book as proof that he knew about females, citing in the forward that half his students were females and, therefore, he understood “the fairer sex.” The school district fired him, and he sued under First Amendment rights. Craig lost, not based on his right to speak in the form of his book, but based on what he said in the book about how he sexualized all females, which undermined his ability to do his job.

In August 2020, Patricia Crawford, a school counselor, lost her court battle to have her job reinstated after contributing to a Facebook thread criticizing students who boycotted school to protest President Trump’s immigration policy. The Fourth Appellate District Court called Crawford’s remarks on the thread “immoral conduct” and called Crawford “evidently unfit for service.” Crawford’s conduct gained significant notoriety, which negatively affected her relationship with students, administration and the community, according to the court.

Facebook postings can result in firings if the message gets out and stratifies educators’ ability to do their job, such as the case of Miranda Little, an elementary school counselor, who in June 2020 resigned after racially insensitive social media posts were brought to the board’s attention and personnel action was about to be taken.

There are dozens of examples of educators being disciplined or fired for displaying symbols with Black Lives Matter in districts with content neutral policies. One such example was Lillian White, who was fired after defying several warnings to discontinue wearing a Black Lives Matter face mask. When school counselors enter into the equation in any way that can be construed as political, or as parents often call it “brainwashing” or “indoctrinating,” this is when parents can get traction with school boards.

The key to your advocacy efforts in forwarding diversity and singling out particular groups who need more attention lies in the ASCA National Model, ASCA Mindsets & Behaviors for Student Success, the ASCA Ethical Standards for School Counselors, the ASCA position statements and your knowledge of the school community and board policies. Read more about using these tools.

In a politically astute way, move forward with diversity work while keeping your finger on the pulse of who is opposing your work. Avoid creating a substantial disruption to the educational process. If you are a public school educator, you are a government employee and you are not allowed to interrupt the learning process. Support marginalized groups in a non-political way. For example, stress black lives matter as a necessary anti-racist message if Black Lives Matter is considered a political organization in your school community.

Carolyn Stone, Ed.D., is a professor at the University of North Florida and chair of ASCA's Ethics Committee.